If I had a dollar for every leader who has told me they hate conflict and do what they can to avoid it, I would not be writing this article right now. I would be on a private island, having arrived on my private plane and planning my series of private adventures.

Let’s face it – pretty much everyone, especially those in leadership, do not like conflict. So rather than dealing with it, facing it head-on, you assume if you do not address it, then conflict will just work itself out and go away.  Now let me ask you, honestly, how often have you seen that happen as a leader?

I think conflict is like the cosmic band-aid, and we know what happens when we use a band-aid. The band-aid sticks to your wound, and when it’s time to take it off, you have two choices -rip it slowly or rip it fast. But is that true?

No, think about it. If you pull a band-aid off slowly, it hurts, really hurts, and hurts longer. At least if you rip it fast, it may hurt, but wow, it is over before you can even think about it.

Conflict works in the exact same way. If you choose not to address it or address it too slowly, it festers and actually gets worse, not better.

I think it is the BIGGEST myth in leadership that you can avoid conflict. You can push it off, choose to pretend it does not exist, or completely avoid it, but rest assured eventually, you are going to have to deal with the conflict.

5 Strategies To Deal With Workplace Conflict

1. Don’t Put It Off – now you saw that one coming. Realize that sooner or later; you are going to have to deal with it, so why not do it now. There is a great phrase they are using in the mountaineering world that goes like this – Easy Now – Hard Later.  The sooner you address conflict, the easier it is going to be.

2. Seek First To Understand – before you address anyone you disagree with or think they have done something wrong, seek first to understand. Why do they think that? What did they have to gain by acting that way? What is their perception or goal? It does not excuse someone’s behavior or actions, but if you understand where people are coming from, you can communicate more effectively with them.

3. Let Go of Right and Wrong – the goal is not to be right when we get in conflict with someone or to prove them wrong; the goal is to communicate and to make progress. So, let go of the need to be proven superior or convince the other party of why they are wrong. Focus instead on why the conflict happened, where the communication is derailing and how you can get it back on track.  I once had an employee give me feedback in a very unprofessional way. The feedback was great; her delivery was way off the mark.

Now, I could have completely dismissed the feedback and focused on how unprofessional she was, but I made the decision to separate the two.  I looked past the unprofessional behavior to really hear the feedback, which was incredibly valuable. Before talking to her about her behavior, I sought to understand why she would deliver it like that.  And when I thought about it, it was easy to see that she was frustrated, fearful, and tired – we had been through a lot in this company. Now, that did not excuse her behavior, but it made it easier to address for me and, I think, easier for her to hear, given that I took the time to try and understand her.

4. Separate Fact From Emotion – look, conflict is hard because it is emotional – it is full of anger, fear, vulnerability, etc.  Take the time to think about what you are going to say, how you are going to say it, and what you want to accomplish. Then separate the fact from the emotion. Is that what you are addressing fact-based. Is the behavior you are bringing up to this person rooted in facts and have you sorted through your personal feeling and gotten to a place where your emotions are in check.

5. Let It Go – and probably most importantly, let it go. Once you have stated how you feel, had the conversation, established your boundaries, let it go. Do not hold on to it; continue to focus on it and let it prevent you from progressing in your relationship with this person.

Address conflict head-on is so important as a leader because it is through conflict resolution that we build relationships, gain trust, and develop a team that can communicate in an honest and effective way. Positive conflict resolution drives innovation, engagement, and bottom line results—a pretty strong return on investment for being a little uncomfortable. 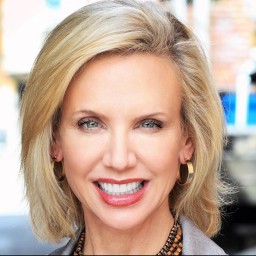 Recession Changes Everything: 5 MUST-Have Strategies To Grow No Matter What The Economy Does

3 Reasons You Need to Sell More During A Recession: 3 Strategies You Need To Make Selling Easy In The Face of Adversity

Are You Ready? 3 Strategies To Lead Through An Economic Downturn